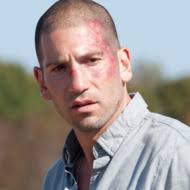 “Were you fucking her before I got shot? Or is this a new development?”

The words were like a solid punch to his gut, knocking the breath from Shane’s lungs. He turned to stare at the man he considered his brother as the words rattled in the air between them. Rick’s face was blank and flat as the words he had uttered. Swallowing loudly, he thought about how to answer.

“It’s new,” he said slowly. “I think on her end she was just looking for something normal, or maybe tryin to fill some void left in her. I was just useful.”

Rick lost some of the blankness. “And you? What was it for you?”

“Originally? Stress relief,” Shane admitted. “It’s life and death out here and I’ll be honest, I just wanted to get off.”

“Originally? Something changed then.”

“I don’t know, man,” Shane said, folding in on himself and looking anywhere but at his best friend. “I’m not sure what changed. I love her, I love Carl. I thought she loved me.”

“But she doesn’t,” Rick replied ruthlessly.

“Hell, I’m not sure if she loves anyone other that Carl,” he snorted. “She’s a stone cold bitch.”

Rick laughed darkly. “She is. And it’s gotten worse.” He stopped walked and looked at Shane, eyes dark and serious. “I can’t do this without you, you know. I can’t keep us all alive without you. We’re stronger together, we always have been. We need to put all this shit behind us.”

“Can we? Is it possible?” Shane asked. He searched Rick’s expression for some sort of answer. “Is there a way back from this?”

“That depends on you,” Rick answered. “That depends on Lori too. And me. Carl and the baby are innocent, and the rest of the group don’t need to suffer from our fights. We got to stop dragging everyone into this. We need to get past this.”

Rick was silent as they started moving again, always watchful for anything coming at them. “We both need to step back from her, and stop letting her make decisions.”

“She good at that,” Rick agreed. “We also need to convince Hershel to let us stay. This place can be safe and good for us. It’ll take some work to make things secure, but I think it’ll be worth it.”

“We need to convince him to get rid of the walkers in the barn first,” Shane remarked, turned to sight down his gun at a random sound. “That’s a danger we don’t need.”

“Yes, but you got to stop antagonizing him,” Rick told him. “We can’t get him to understand what they are if you keep getting his back up about it. We need to ease him into it.”

“With those things in the barn a stones toss from where we’re bedding down we might not have the time for that,” Shane pointed out. “it’s a big risk.”