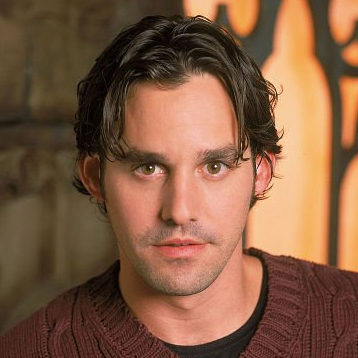 He pulled the box from beneath the bed and lifted it up with reverent hands. Carefully, he placed it on the bedspread, lifting the lid with a soft creak. It was his turn to do the cleaning, and while at first he had been disgusted at the job, it was now one he treasured and looked forward to. Each swipe of the cloth, sliding the fabric into every crevice, always brought back the events that led to the need for cleaning.

Smiling he reached for the spray and the first one, liberally coating the silicone with the cleaner. The small toy wasn’t one they used often, and probably didn’t need to be cleaned, but he was always thorough when he cleaned. Setting aside, he reached for the next one, shivering at the weight of it filling his hands. It wasn’t the largest of their collection by far, but it was one of Xander’s favourites. He loved the feel of it, almost life-like in texture and size. It was the first toy they had bought together and he could still remember the heat of his face as his lover waggled it at him in the porn shop.

“How about this one, pet?” Spike leered, brushing the toy across Xander’s cheek.

The younger man blushed and shook his head, looking everywhere but at the toy in his lover’s hand. “Isn’t it kind of big?” he whispered hesitantly.

“Not big, pet,” Spike whispered back, seductively. “It’s a little smaller than me. And it does this.”

The vibrations made Xander jump, eyes wide as he stared at the shaking toy. He swallowed and met brilliant blue eyes, hardening as he saw the lust, desire and sheer mischievousness in them. “Okay,” he finally managed to squeak. He was rewarded with a blinding grin and fast kiss.

Shrugging off the memories the toy aroused, he quickly went back to cleaning, spraying down each toy before setting it on the towel he had laid out. Once they were all coated with the special cleaner, he looked them over, checking for weak spots and breaks. Satisfied that they were all whole and sound, he reached for the bowl of water he had brought with him and the cloth. He wiped the cleaner off each toy and placed it back into the box until he came to the prize of their little collection. It was the largest, his fingers just managing to touch around the girth and it was long. Making sure that it was clean of the special soap, he placed in on the bed next to the pillows and closed the toy box. He put the box back in it’s place and carried the towel, cloth and bowl into the bathroom

Once the room was again tidied up, he stopped beside the bed and gazed down at the lovely toy. Quickly he stripped down, pausing to brush his fingers over his nipples, stomach and the thatch of hair between his thighs. Nearly vibrating with need, he stopped to reach for the lube they kept beside the bed and climbed on top of the covers. One hand reached out and pulled the toy closer, while the other popped the top on the lube. Coating his hand, he reached down and starting to stretch himself, painting his hole with the slick substance. Once he managed to fit three fingers, he removed his hand and slicked up the toy.

Dragging the large dildo down his body, he shook as he imagined the feeling of Spike doing this, being the one to tease him. When the toy finally rested against his hole, he began to push it in, groaning at the slight burning sensation. The burn grew until he had to pause, letting his body adjust. Finally his body relaxed enough to slid it in the rest of the way, and he moaned deep in his throat at the full feeling. Carefully, he flicked the little switch at the bottom that turned it on, nearly screaming at the vibrations it sent through his body. Constant sounds fell from his lips as he began to rock the toy in and out of his body, brushing his prostate on nearly every stroke. Soon he was thrusting it in hard, his hips lifting into every movement. He continued to fuck himself with the toy, time lost as the pleasure surged over him again and again. Finally he came with a loud scream, his body tensing for a moment before sagging limply on the bed. His hand shaking, he flicked the toy off, sighing as the vibrations stopped sending shocks through is sensitive flesh.

“That was just lovely, pet.” His eyes flew open and he looked at Spike lounging in the doorway, a smirk on the blonde’s face. The vampire sauntered over, stopping beside Xander to run a hand down the young man’s body. “Now it’s my turn.” Xander gasped as Spike flicked the toy back on and thrust it deep, an evil grin on the blonde’s face.