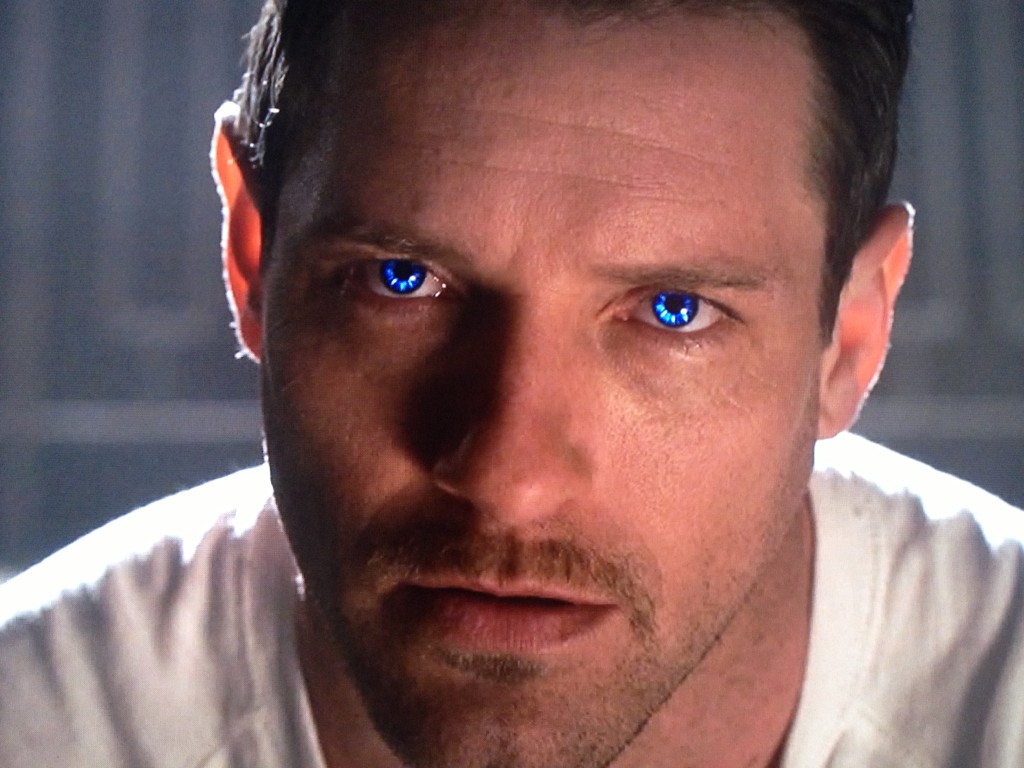 There were many things that could be said about one Peter L. Hale, and most of them weren’t positive. He was manipulative and had been since he was a child. He was often cruel and could be vicious when defending his Pack, something Talia had used to the Pack’s benefit many times. His thoughts often fell on the darker side of the spectrum and he was always ready to see the worst in anyone he came across. These traits made him perfect to be his sister’s Left Hand, the Pack Enforcer and it was a role he had loved. After the fire, after the pain of feeling bond after bond break, after the agony of wounds that refused to heal, after the coma where the images of his family burning played over and over again, after that the things that could be said about Peter became worse, darker. He was a murderer, violence made casual. His cruelty cut deeper. And, to top it all off, he was far from sane and balanced.

The one thing that could not be said about Peter was that he was unobservant.

It started with a feather.  Larger than his hand, so black that it shone shifting blues, purples, and greens in light.  It was soft and light in Peter’s hand and left his fingers tingling with residual energy.  This was no ordinary feather.

The oddity of it called for research, and normally Peter would tap Stiles and Lydia into any project, but something about the feather made Peter keep it secret.  He hid the feather in his apartment, in a specially spelled box that he kept hidden in his bedroom.

It took two weeks for him to find anything that sounded remotely similar to the feather. He had found the book buried in the ruins of the old house, the pages scorched in places, the cover a blackened mess.  Waiting until the Pack was off at school, he pulled the book out and reread what he had found. The passage spoke of the creature-part man part avian with great black wings.  Supposedly it was a creature of pure magic that hid from the world.  Hiding Peter could understand.  Anything that was pure magic was at risk of being used to for that power.  The book stated that the creature was dangerous and a bit of trickster, often tricking and trapping unsuspecting victims.  Nothing was said about what happened to said victims and personally, Peter thought they were probably hunters to begin with.  Oddly, there was no name for the creature and only a vague description of pale skin, large eyes, and huge wings.
He pushed the book away.  This was a curious situation.  The creature obviously was real, was currently in Beacon Hills, and had been near the Pack quite recently.  The protective part of Peter, the left over of being the Enforcer, howled for him to hunt down the interloper and tear out its throat.  The slightly more reasonable part of him sat back and thought.  He would watch for now.  Perhaps the creature would show itself.

“You’ve been stranger than normal,” remarked Lydia Martin as she dropped into the seat beside Peter.

He quirked an eyebrow.  “Really?  You pay that much attention to me?”

“You’re a murdering psychopath that once bit me and caused my latent Banshee genetics to activate, of course I pay attention to you,” she replied.  “Besides, I have a bet with Stiles on how long it will take you to crack and attempt to kill one of us.”

Peter blinked and then burst into laughter.  He wasn’t really surprised that Stiles and Lydia were keeping an eye on his activities.  Of all the pack, only the two of them seemed to see reality clearly, the rest all blinded to the harshness of the world around them.  Even Derek, with all that had happened to him, was still naive.

“So, what’s going on?”  Lydia studied him for a moment.  “I don’t think you plan on going on another murderous rampage, so what are you acting so squirrelly about?”

She waved a hand.  “I may have spent a bit too much time with Stiles this weekend.  Answer my question.”

Peter eyed her for a moment then reached down to pull the scorched book from the bag at his feet. He pushed toward her and sat back as she carefully opened it to the marked page.  There was silence as she quickly skimmed the page and when she finally looked up her eyes were dark.

“I take it you’ve seen this creature then?” she questioned, gesturing to the book.

“A feather,” he admitted.  “But the actually creature, no.”

She hummed softly.  “Where it you find it?”

“In the Preserve near the training area.”  He watched her as a look of anger briefly touched her features.

“Past experiences want me to say yes,” he started.

“I don’t carry it around with me,” he told her dryly.

She gave him a disdainful look.  “I figured that.  I’ll come by tonight.”

“You and me, alone in my apartment,” he whispered, leering slightly.

Sitting back with a laugh, Peter nodded at her.  “Tonight then.”

Her hands were reverent as she handled the feather, stroking through her fingers.  Peter watched slightly bemused.  The feather had been in her hands for over twenty minutes and she didn’t seem to be ready to set it down.

“It feels alive,” she finally whispered, looking up at him with wide hazel eyes.

He nodded.  “I noticed.”
She carefully placed the feather on the coffee table.  “It also feels familiar, like I should know it.”

That was something new to Peter, but, he didn’t have much contact with magic on a regular basis to compare it to.  Then again, there was something familiar about the tingle that he got.  He picked it up, smiling at the feeling.

“Don’t think, just answer what pops into your head,” he commanded after a few minutes of contemplation.  “What does it feel like?”

“Good, like lightning and rain and deep, dark forests.”

“Same deal,” she said to him, taking the feather and stroking it across his arm.  “What does it feel like?”

“Okay, so who in the pack is lightning, rain, and dark forests?” she asked.

The answer seem to hit them at the same time.

Across town a slender body shivered in a non-existent breeze and wrapped itself tighter in ebony wings.